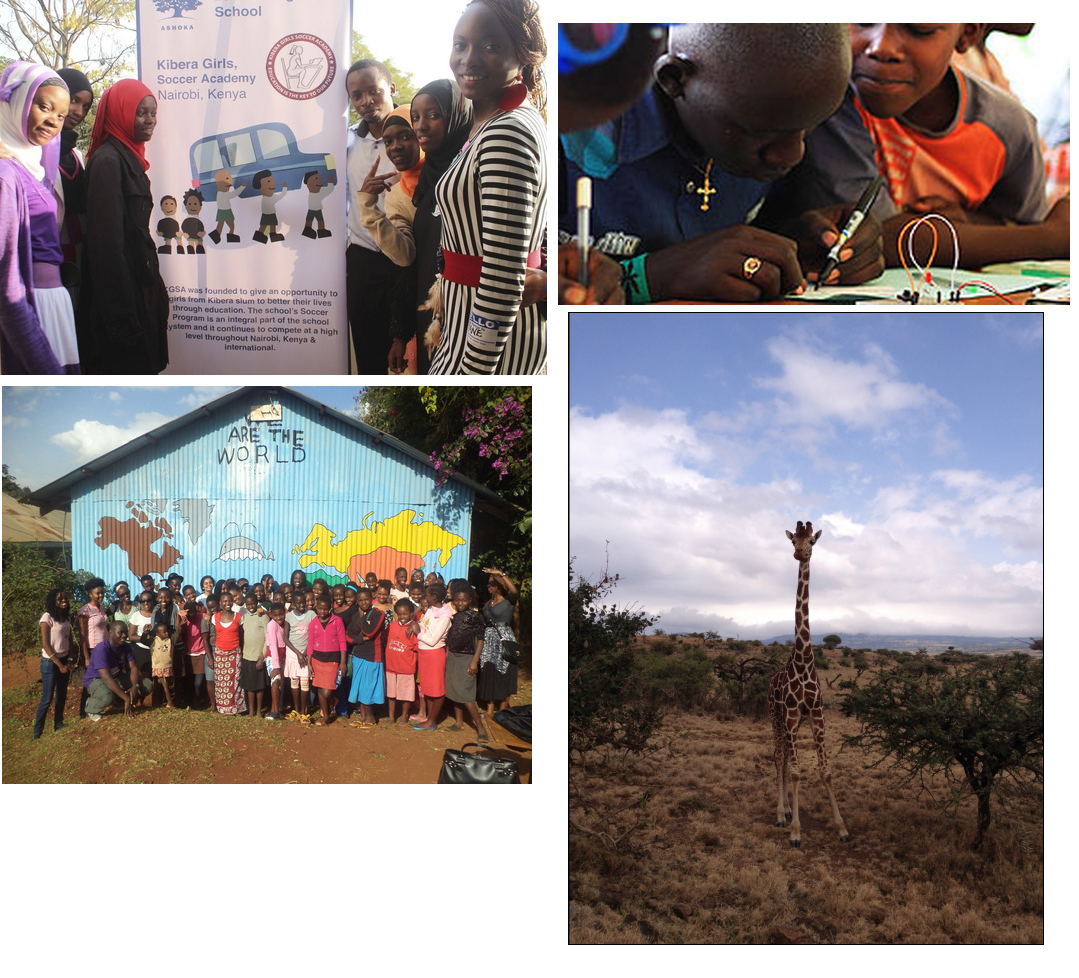 The way we learn and grow is changing profoundly and I am at the core of that change.

This past July, I had the amazing opportunity to travel to Kenya for a Changemakers Summit.

I first heard the term “Stepping into Your BIGness” from Henry De Sio, Frame Change Leader at Ashoka: Innovators for the Public and former “Chief BIGness Officer” for Obama for America. From his experience, Henry highlighted how we are in an environment where everyone needs to lead, there is no room for smallness, and we need to bring our A game.

In Kenya, I had the chance to experience Changemakers stepping into their BIGness and I believe that this BIGness exists across Africa.

Here are five examples with my insights: 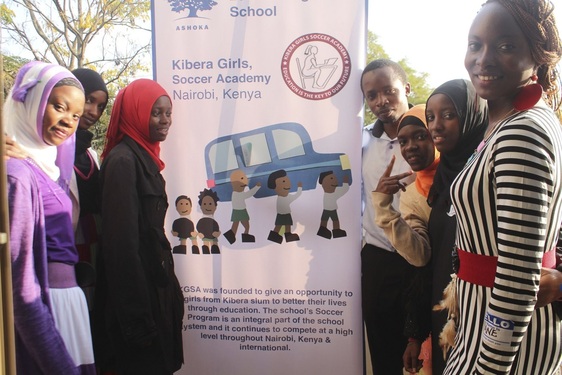 Kibera Girls Soccer Academy is a Changemaker School in a slum that grew from the Kibera Girls Soccer Team. The students have initiated a journalism club and partnered with the journalism company Shedders as a way to share their stories with the community through film, photography, and storytelling.  Soccer is an integral part of the KGSA school system and the team competes at a high level in Kenya and internationally.

A few Kibera students filmed and photographed the Changemaker Summit. They wanted to be a part of capturing innovation and solutions happening across the continent. They stepped into their BIGness.

I have every confidence that KGSA is going to play a key part in transforming how the media portrays Africa. The media needs to move away from starving child Africa portrayal and needs to stop accentuating that. It’s time to spotlight the successes and solutions with empathy (not sympathy) based calls for action.

When there are gaps in formal education, build your own robot 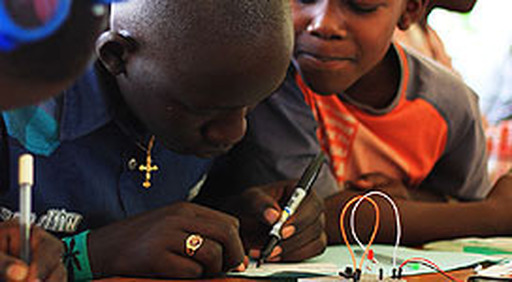 Fundi (Swahili for maker or artisan) Bots uses robotics training to create and empower a new young generation of problem-solvers, innovators, and changemakers. Through its programs such as hands-on trainings, public access to reach youth outside of the school environment, and robotics camp – Fundi Bots is breaking down a stereotype: that robotics is for geniuses, nerds, and millionaires. But I believe that Fundi Bots is breaking down another immense stereotype: that this skill can only be acquired in formal education.

When there are gaps, don’t sit around and wait, the Fundi Bots team leveraged this opportunity to maximize impact.

Solomon King, Founder of Fundi Bots, created a robot when he was in fourth grade despite a lack of support and resources (no internet for starters). He stepped into his BIGness when this wasn’t a big concept.

When you add mentorship to the model, anything is possible 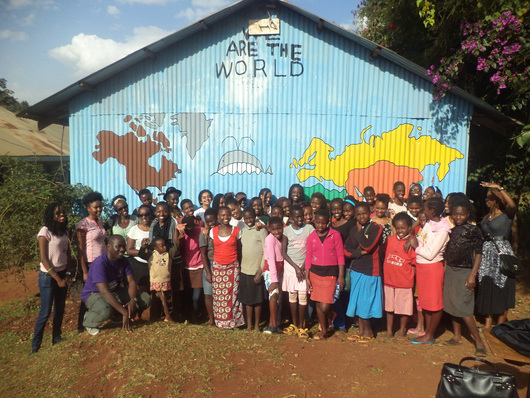 I visited the Children’s Garden School, where I met Christine Gatwiri, 20 year old Founder of the 1 bob Initiative. Troubled by the harsh learning environment that students in disadvantaged schools encounter, Christine gathered up the 1 shilling coins in her piggy bank to start 1 bob. Through the initiative, Christine is supporting several schools that have a very low pupil to book ratio through “books for schools” and “a candidate’s wish” projects. Hand in hand with this, she has started budget, savings and “Y-Investors” clubs for youth.

During my visit, I experienced the core of Christine’s model: mentorship. On a regular basis, Christine invites her friends from different backgrounds and experiences to mentor girls and boys.

Christine stepped into her BIGness and inspires that in others through one to one and group mentorship.

Animals naturally step into their BIGness, let’s respect that 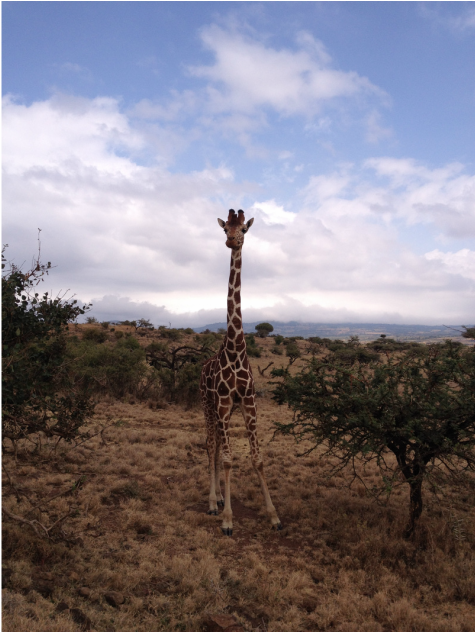 I love animals and I think they are the original champions of BIGness.

I went to Lewa Wildlife Conservancy (a UNESCO World Heritage Site) with some of my teammates. I was lost for words. The beautiful vastness of the conservancy reminded me to live simply and to do good to preserve our environment.

Lewa is home to some of the continent&’s most endangered species – the black rhino and the Grevy’s zebra. Lewa is also one of several conservancies in Kenya that is community owned and governed by a Council of Elders from the communities. Ashoka Fellow Ian Craig is the Executive Director.

Today, Lewa supports 19 schools, 10 water projects, four clinics, a women’s micro-credit programme and many other community projects. I also learned that a top dream profession for students in surrounding schools is to become a park ranger! 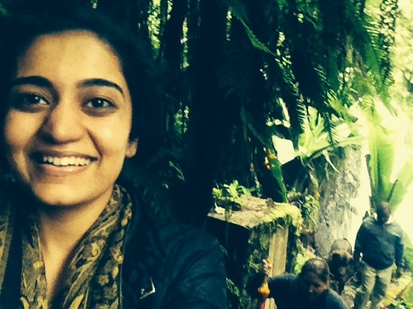 I want to give a big thank you and shoutout to my fellow Africa and my fellow DSO teammates for inspiring me to step into my BIGness.

In Kenya, I got to MC our Changemakers Summit and meet some incredible people, facilitate a training session for mentors, and do some team builders with young changemakers.

At DSO, I get to try just about any crazy big bold idea to help our organization grow and am supported in full -swing. At our recent retreat, we discussed our personal mission statements.

Stepping into my BIGness is a vital part of my personal mission statement.

Want some more context on changemaking? Here you go.

We live in a rapidly changing world. In the past fifteen years alone, we have gone from bulky, long antenna attached mobile phones with basic call functionality to lightweight smart phones that ensure infants are tested for HIV 1, in the past ten years, we have added nearly 100 billion tonnes of carbon to the atmosphere (this is about a quarter of all CO2 added to the atmosphere by humanity since 1750) 2, and by 2040, Africa will be home to one in five of the planet’s young people 3.

In our world, following the rules and norms is not enough. Everyone must be a changemaker. In learning and analyzing the emerging patterns from leading social entrepreneurs, Ashoka has identified core foundational skills needed to be a changemaker: empathy, teamwork, leadership and changemaking. Nothing is more powerful than cultivating these skills from a very young age.

I worked on the Africa team at Ashoka: Innovators for the Public. Ashoka is a citizen sector organization, a network of over 3,000 systems changing, high impact social entrepreneurs, and an accelerator for Everyone A Changemaker.

Take a crash course on Changemaking

Interested in more examples of soccer programs for youth? Check out this post about our work with Cameroon Football Development Program (CFDP) by Cathy Cao, one of our student consultants.

Are you stepping into your BIGness and passionate about consulting in international development? Get in touch with us, we’d love to hear from you.